The Best Bald Head Shavers You Should Buy

How To Grow A Beard With Patches 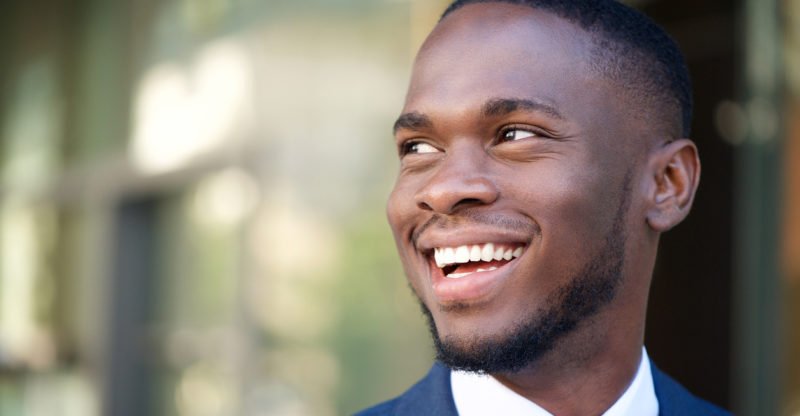 Dennis Archer, who served as the mayor of Detroit from 1993 to 2001, released his autobiography, “Let the Future Begin,” recently. He was in the news during the early days of his first term because he decided to grow a beard. When he returned from vacation as mayor-elect, he sported a beard to steer clear of the problem that plagues a considerable percentage of all black men.

Razor bumps, a medical condition, affects up to 80% of black men who shave and growing a beard serves as a simple and effective solution. Now, people from different sectors have to right to grow beards because of their skin problems. However, growing a beard comes with its own share of pros and cons, and black men need to pay extra attention to keeping their beards looking good.

What Are Some Problems Black Guys Have With Their Beards?

It is not uncommon for black men, especially the young, to complain of patchy beards. Even when completely grown, some beards remain thin and patchy, or have uneven growth patterns.

The reasons for a patchy beard may vary from one person to another. High levels of stress may lead to patchy growth and the cause might be genetic. It may also be because the body does not produce enough androgen, a hormone that affects hair growth.

Beards of black men are usually very wiry, curly, and dry. The dryness, in turn, contributes to making a beard coarse, which is another problem. Then, there are black people who have thin mustaches accompanying their beards, examples in case being Ray J and Kanye West.

Some black men complain of their beards not growing long enough. For instance, a 22-year-old mentioned on a social platform that his goatee stopped growing when it got to about a pinky finger’s length, although it would grow back quickly when cut. The hair on the side of his face suffered from the same problem too.

There are also instances of beards growing quickly but mustaches not keeping pace.

How Do We Solve Some of These Problems With Products?

Terminal length of hair varies depending on ethnicity as well as age, and your genetic makeup also plays in role in the length and thickness of your beard. With some back men, it may take months or even up to a year before their beards grow to desired lengths.

How you deal with a patchy beard is basically up to you. After all, patchy beards can be rather attractive. While black men tend to suffer from patchy beards more than Caucasians, the latter are affected as well. Will.I.Am and Ricky Williams make for good examples of black men with patchy beards, and names from the other side include Johnny Depp, Daniel Radcliffe, and Shia LaBeouf.

If you’re confident about the way you look, carrying of a patchy beard can be easy. Besides, sometimes beards get fuller as people age, so time my work in your favor.

You may not be able do much about patchy growth, but you can address other problems with the use of suitable products. Beard oils and balms, for instance, make your beard softer and more manageable, and they can also work in adding to its fullness. In addition, these products can give you the ability to create different styles of patchy beards.

Paying attention to your facial skin is important, all the more so when you’re growing a beard. While the term “Black Don’t Crack” may well be true, it does not mean that your skin does not need any care. Cleaning and exfoliating skin under full and lengthy beards may not be easy but is not to be missed. After all, the health of your facial skin plays a crucial role in your beard’s health.

One common mistake bearded men across ethnicities make is using body soaps or shampoos meant for hair on their heads to clean their beards.

Black men should ideally steer clear of products with chemicals because they can lead to clogged pores and acne, while also robbing your beard of its essential oils. You should ideally wash your face regularly and deep cleanse at least once a week. Use all-natural soaps and beard oils or balms that contain pure argan oil, unrefined jojoba, or shea butter. These products help in making coarse hair more manageable.

Since black men tend to have wiry and curly beards, using handmade combs may work well. These combs are sawed and polished carefully, so they make for smoother movement. You may also consider using a brush depending on the length of your beard. Some black men with beards may feel no need for moisturizers or sunscreens, although using both should be part of your routine.

Products you may consider getting to care for your beard in the right way include beard soaps, beard oils, beard balms, beard brushes, and beard combs.

Growth, Shine, and Fullness – How Do I Get These?

Facial hair, just like the growth on your head, can be thick or thin, and this has an effect on how your beard looks. Thicker beards, for instance, appear fuller than their thinner counterparts. If you’re tempted to shave your beard with the hope that it will result in quicker or thicker growth, think again because it does not work that way.

Using a good beard oil or balm makes way for a shinier beard. You may make your beard look fuller by using a suitable balm. A good balm also works in holding moisture in place. This keeps the beard hydrated for longer and makes it softer.

There are other measures that aid in achieving the optimum growth of your beard:

No matter what problem you may face in growing a beard, there’s a good chance that the solution is just around the corner. Don’t worry about how your seemingly haywire beard may look to others. As long as you’re looking after it properly, sport it with pride.