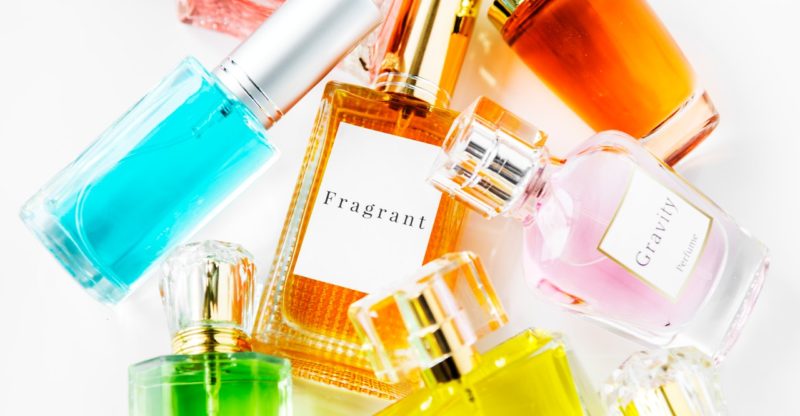 Aftershave is a product which is usually applied to the skin after shaving. They come in different forms; some may be in a pure liquid, others in the form of a gel, a paste, or lotion. It is used to relieve irritation and heal the cuts after shaving. They serve by cleaning out, closing the recently opened pores from shaving and fighting infections from razor bumps.

On the other hand, cologne is the type of perfume though different from the spray as it typically contains more water and less strong than a perfume.

Most of the cologne are activated when the body regulates some heat, that is why it is advised to apply cologne directly to the skin and other body pulse points rather than clothes.

Differences between Aftershave and Cologne

At times one might mistake between aftershave and cologne due to their similarity in nature. Although both cologne and aftershave have a pleasing fragrance, they are different. These two products have their difference both in purpose, strength, and cost, as well as the location where they are used and applied.

One of the main differences between them is that the aftershaves have fewer scented oils when compared to cologne because the scent is usually not designed to sustain throughout the day. Often the aftershave has less perfume, and therefore, the smell cannot last long.

Another difference between aftershaves and cologne is that cologne is made to enhance one's smell. It does not aid as a replacement for aftershave. The core purpose of using cologne is to make your body smell to be pleasing and attractive.

Also, cologne does not contain ingredients which are essential for soothing your skin, healing cuts, and healing damaged skin. Unlike for aftershave, which contains astringent and antibacterial Properties, cologne does not have the same constituents. It cannot serve as men’s deodorant, and thus, it should not be used as an antiseptic.

Unlike cologne, which is applied at strategic points of the body such as the neck and pulse points, aftershaves are used on areas that are usually smooth-shaven like the face.

In terms of the cost, the colognes are the most expensive because of the oil products which are usually added to them.

1. They Contain Antiseptics for Healing the Skin

It is essential to use aftershaves as they contain antiseptic agents such as alcohol which is a perfect remedy that quickly soothes skin that is inflamed. It also contains citrate, which helps to prevent infections from cuts during the shaving process. They act as an astringent to minimize irritation of the skin, and the menthol agent is useful to numb damaged skin. The antiseptics contained in the aftershaves are essential; they are natural and organic, thus ensuring no side effects.

Aftershave should be used during the winter season to moisturize your skin. They restore the softness of the skin after shaving. Thanks for the glycerin by-product that is found in the aftershaves as it helps the shaved skin to become supple again. Another ingredient that is found in aftershave for moisturizing is the Aloe Vera. It is an anti-inflammatory chemical which also serves to moisturize and soften your skin.

3. They have a Nice Smell

Another main reason for the use of aftershave is because of the fragrance. Different people have different tastes and preferences regarding the smell of aftershave. Some aftershaves use essential oil to enhance the scent to soften the skin and give you a beautiful fragrance.

Who is Supposed to Use Aftershave?

Aftershaves are used more in men’s skin care, and most women do not use them daily. However, they can be used for both men and women.

There are various aftershaves which are for unisex to serve both male and female. Unlike earlier, when most of the aftershaves were well-known for men only nowadays, women love men products and use them after shaving. The unisex aftershaves are classic, sensual, and fresh, making the fragrance versatile for both men and women.

Is it recommended to Use Both Aftershave and Cologne?

Everyone likes a smell that is long lasting to sustain throughout the day. It is recommendable to use both an aftershave and cologne.

However, you have to ensure that both the aftershave and cologne are from the same fragrance line. Also, you should certify the balance of the smell.

Mostly when the cologne has a light scent which is not overpowering, you can use it together with an aftershave, this ensures that the scent is balancing and makes an individual feel comfortable. The two can be applied together but at different points. You put on the aftershave at your face or the shaved part and also use cologne in various parts of your body such as necks and pulse joints.

Aftershaves that are Most Recommended

There are different types of aftershaves, depending on individual choice and preferences. Also, some factors such as the strength of the aftershaves, the smell, and the cost make people use different selections. Some of the most recommended aftershaves that offer exceptional care for your routine grooming are, 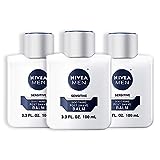 It is one of the most efficient and popular aftershave products. It helps nourish your skin, and it is free from alcohol and other chemicals. It has a light and refreshing scent, and thus you can use it together with the cologne of your choice. The product is well researched and proved to contain all the necessary ingredients to soothe your itchy skin, reduce the irritation, and fight infection-causing bacteria. Nivea sensitive aftershave balm is the best-recommended solution to cater to your skin after shaving.

It is another excellent product to apply after shaving. It contains ingredients such as aloe and chamomile, which acts as skin smoothers. It also comprises a blend of botanicals like bacteria fighting lavender which are essential for calming the irritation and heal the damaged skin. Jack Black aftershave gel is the best for soothing irritated skin.